Save $ With LED Lighting

LED Household Light Bulbs have created quite a stir. Let an LED bulb light the way in and around your house. 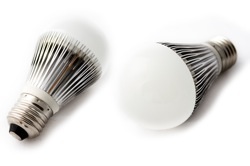 Eco friendly and cost effective lighting options exist for every room in your house.

Are you confused by the differences between incandescent, fluorescent and LED household light bulbs? I was, until I did a little research.

I started researching because I knew I wanted to make some changes to the energy consumption levels in my home, for the sake of the environment, and for my budget. There seemed to be a lot of 'hype' about the cost and energy benefits of LED household light bulbs, but not a lot of solid information to absorb in order to compare them with the traditional forms of lighting like fluorescent and standard incandescent lights.


Essentially I learned that a single LED bulb will burn for 30,000 to 50,000 continuous hours, they're durable, unaffected by temperature, humidity and frequent on/off cycling and they are amazingly energy efficient.

As I researched my options, I realized that I was getting a 'crash course' in the language of lighting: amps, watts, volts, kilowatt-hours, and on and on. My poor brain was swimming before I figured it all out. I've purposely written this article in 'plain English' so that you can skip that part, and go straight to learning about the obvious cost and energy benefits of LED household light bulbs.

Note: the figures I'm about to share with you are only generalizations based on the information I gleaned. As energy prices increase and the price of led bulbs decrease the calculations become more and more favorable for LED's.

Let's look first at the projected lifespan of the various kinds of bulbs.

Besides, it doesn't take a rocket scientist to figure out that if I burn out an incandescent light bulb in less than two and a half months of continuous burning, I'm going to have to spend a lot of money on new light bulbs to keep one burning for five-and-a-half years. Even in the early days of LED household lights, when they were much more expensive, you still would have saved money - now they are far less expensive to buy.

LED bulbs with the traditional household screw-type bulb are a relatively new addition to the line-up of LED products and product reviews vary. Some rank very highly for color quality, light intensity and, of course, energy efficiency. The cost of many bulbs has dropped by half this year (2011) and promises to decline further in future.

LED eco friendly light bulbs are the way of the future and the success of your lighting project, whether it's a single light or 50, will depend a great deal on the bulb you choose. Following are 3 bulbs that go the distance and give top value for your hard earned dollar.

Visitors to our LED Household Light Bulbs page may also be interested in the following pages. 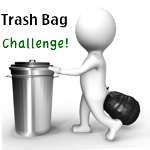 This tip changed my life!